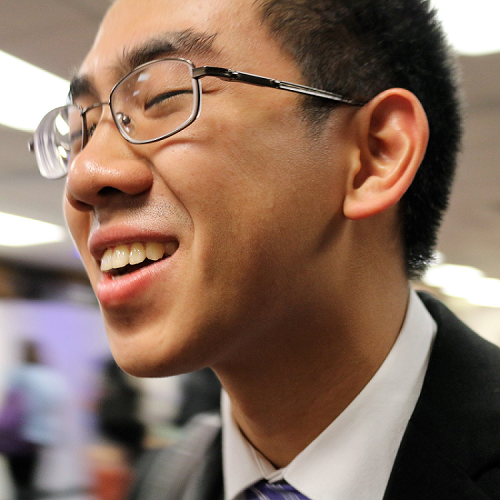 I learned how to solve a Rubik's Cube when I was in 7th grade. I was 12 years old at the time. I tried to learn one step at a time, so one of my classmates liked to insult me for not knowing how to solve the entire cube, but I eventually became the fastest solver at my middle school and, for a couple years, at my high school. I competed at the United States National Championship in 2012 and the World Championship in 2013 but have since retired from competitive speed-solving.

Learning how to solve a Rubik's Cube is much easier than some may think. There are many ways to solve, and solvers have been successful with many different methods, but the one that is probably the easiest to learn and the most popular is the Advanced Fridrich Method, or CFOP.

The Fridrich method, named after speedsolver and university professor Jessica Fridrich, is powerful enough for you to solve under 10 seconds if that is what you want to do. If you are not sure how fast you want to go, then I recommend just having fun or aiming for 20 seconds. Journalist Ian Scheffler explains in his book Cracking the Cube that solving under 20 seconds is like running a 4-minute mile. I have not been able to consistently solve Rubik’s Cubes below 15 seconds. My personal record is 14 seconds, but that was with easy F2L pairs and lucky look ahead. My official record is 17.84 seconds.

The first step to learning how to solve a Rubik's Cube is to familiarize yourself with the cube. This may sound obvious, but it is not. In order to solve the cube, you need to determine when the cube is considered solved.

The Rubik's Cube has six sides, or faces. When the cube is solved, each side has its own color. Each side also has three rows and three columns, so each color only has nine tiles or stickers.

If you want to solve under 30 seconds, you will want to learn how to turn the sides of the cube with flicks of your finger. These flicks are called finger tricks and require cubes that are modified and lubricated. I recommend purchasing one. They are also helpful for corner cutting - turning the sides without having to fully aligning.

I used to purchase cubes at Lubix Cube, but they have been closed for many years. Probably the best place to purchase cubes now is SpeedCubeShop.com. I recommend getting the "Professional Setup Service" if you are not comfortable with modifying and lubricating your own cube. I have a couple Dayan GuHongs and Dayan ZhanChis, but there are probably better cubes available now. When I competed, sticklerless cubes were not permitted for competition, but they are now.

There are websites dedicated to reviewing speed cubes (e.g., speedcubereviews.com), but if you do not want to research extensively, then you can search which cubes the fastest cubers (e.g., Felix Zemdegs or Max Park) use and purchase those.

Rubik's Cubes are made of plastic and plastic is bad for the environment because they do not degrade naturally. In other words, they last for a long time. The more you buy, the more will be made. Please buy only what you need. If you buy a cube and do not want it anymore, please give it to someone else instead of throwing it away.

The language for algorithms is fairly standard and straightforward. There are six letters, one for each face. When you hold the cube with two hands so one side is facing you, the six faces are known as Front, Back, Left, Right, Up (top), and Down (bottom). Take the first letters of each face's name, and you have F, B, L, R, U, D.

The Fridrich method is broken into four parts that create the acronym CFOP:

The cross is the center and four edges of the first layer.

The first two layers consists of the corners of the first layer and the edges of the second layer (remember, the centers do not move relative to each other). In common beginner solving methods, the corners and the edges are solved separately, but they are more effectively solved together as pair. We can think of a corner and its corresponding edge as a "pair" that must be put into its appropriate "slot".

I recommend following the 3x3x3 Speedcubing Guide by Andy Klise. It has all of the algorithms you need to solve under 20 seconds. Here are copies:

If you are using a good cube and are proficient with finger tricks, F2L, two look OLL, and full PLL, then you can probably solve under 20 seconds.

I recommend learning in this order for most efficient training:

This page is a work in progress. If you have suggestions or feedback, please contact me.